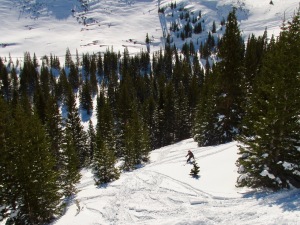 When I signed up to be a dad eleven years ago, I had many hopes and dreams for my then-hypothetical kids.  But I never really thought about how much fun it would be, eventually, to ski with them.  For the first couple of years, skiing with kids was fun only in the sense of seeing the world through their young eyes; the actual skiing was pretty minimal and furtive while they were having lunch in the lodge or whatever.  We spent a couple seasons this way in “investment” skiing while both kids got bigger and tougher and climbed the skills ladder.

But now!  It’s not only fun to see the world through their young eyes, it’s also genuinely fun for me as well!  Sometime in the middle of last season, Joe devised the idea of trying to ski all seven of Winter Park’s “territories” in a single day.  At first, I thought the recent rebranding of the different territories was kind of a marketing gimmick, but if so, it’s an effective one.  Back in the day, there were Winter Park (big, full of tourist-laden groomers) and Mary Jane (wilder, tougher, and more local and laid-back).  In the meantime, they’ve opened up a few new areas and thus the territories gimmick. 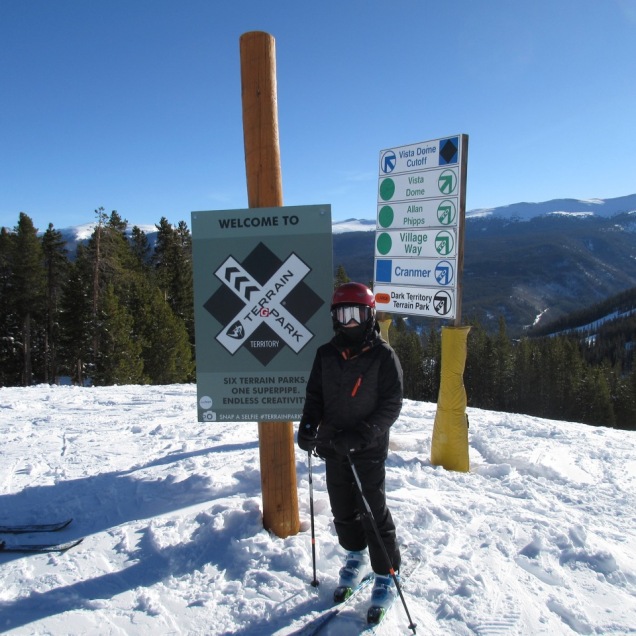 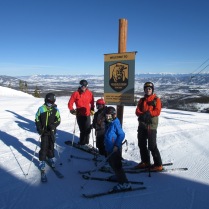 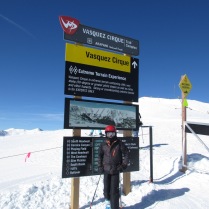 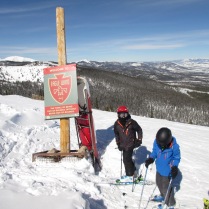 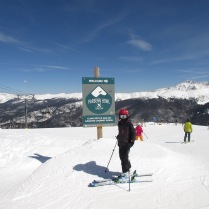 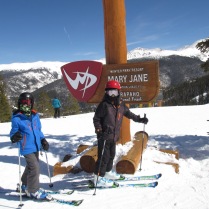 The only Winter Park territory we could find… even though it’s at the top of Mary Jane.

By early this season, we’d skied individually most of the territories from the steep-and-deep trees of Eagle Wind to the above-treeline mixed conditions of the Parsenn Bowl.  But the big unknown was the Vasquez Cirque, the high-alpine side-country off the south-west end of Mary Jane.  It’s over a mile of hiking to get out there and all of the routes involve a very steep headwall drop followed by some deep-powder tree skiing down to a fairly flat creek drainage.  As of last year, Joe wasn’t ready for this (honestly, I wasn’t sure I was either) but it was great motivation.  For most of this season, we’ve been focused on getting Cirque-trained.  After a handful of challenging double-black runs of various characters earlier this season, I deemed that he was ready.  And I’d psyched myself up as well. 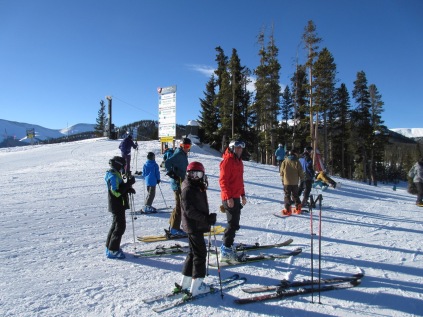 Starting the day at the top of the Gondola. 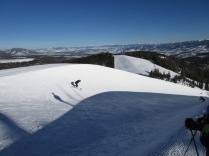 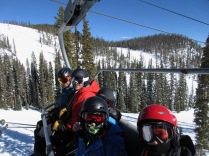 Team photo on the Panoramic lift.

Ready or not, getting all seven territories in a day requires a bit of luck with weather and lifts being open (some of them aren’t always).  Fortunately we hit the perfect combination of weather, snow, company, and gumption on a blue-bird day in March.  Accompanied by my old climbing and adventuring buddies Andy and Scott, and Andy’s two sons (who are about the same age and ability as Joe), we started our mission.

The rules were simple: 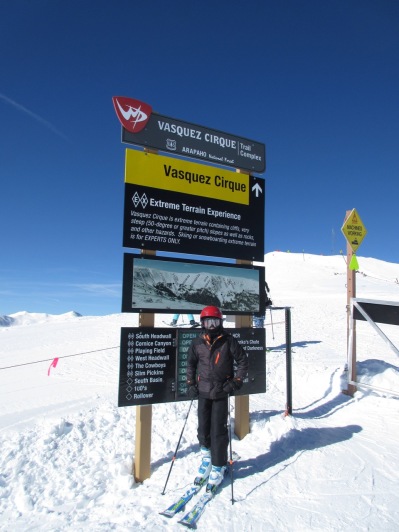 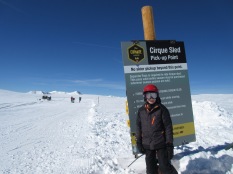 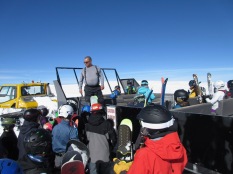 Getting on the sled for the 1 mile ride. 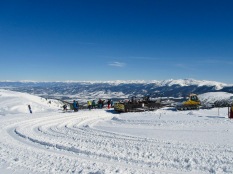 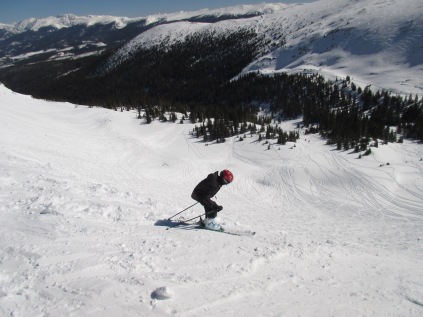 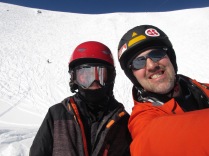 Bottom of the headwall. 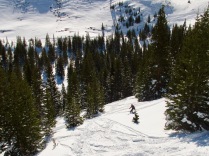 It went pretty well from the hypnotic first-chair cruise on corduroy down the middle of the Superpipe in the largest of the distributed Terrain Park territories to the final, aching-quad descent of the iconic Mary Jane run to an extended celebratory lunch at the Lunch Rocks (bacon mac and cheese!).

Our luck in the Cirque was optimal — we were planning on doing laps of Parsenn Bowl on the Panoramic lift while we waited for the Cirque to open, but on the first ride up, the rope was down.  “Dad, we’re going!” yelled Joe, barely even waiting for a photo before striding confidently through the gate.  Despite not having bought passes for the Cirque Sled (a giant sled towed by a snowcat the mile out to the top of the headwalls), we managed to snag a ride for all of about a five minute wait.  Snow conditions on the West Headwall were deeply cut deep powder which was challenging to turn in, but Joe dove right in and descended with a couple of long traverses.  The tree skiing below the headwall was sublime!

Here is the complete line-up of the lifts, runs, and territories visited: 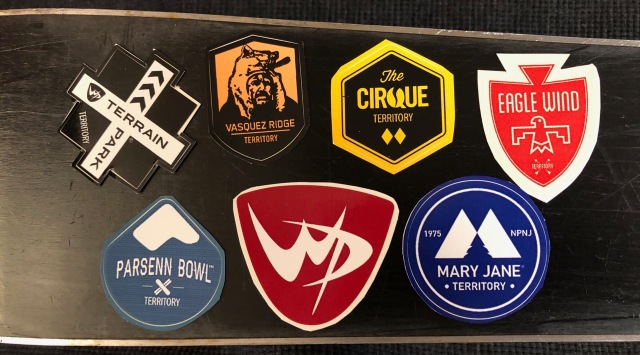 It was a really fun project and, though totally arbitrary like most list-ticking projects are, it was really motivating and a nice way to ski a lot of different terrain.  The different territories really do have a different feel to them.  My favorites are Parsenn Bowl and Eagle Wind since that’s the kind of stuff I really like (wild and untamed terrain), but I have to admit it’s nice to just carve along on a mellow groomer in Winter Park or Vasquez Ridge.  The Cirque was, honestly, a bit of an anticlimax — we were so focused on getting past it, we didn’t pay attention to how cool it really was.  I’d love to go back for another run and pay more attention this time.  My compliments to Winter Park for keeping the characters of the different regions distinct this way.  I hope they never make access to some of these places too easy (no Lunch Rocks Gondola, please!).

Most of all, thanks to Andy, Jackson, and Layton for the local base camp, guiding, and companionship and to Scott for making a surprise guest appearance.  This is the last season where I’ll be able to out-ski Joe, so thanks for helping me make the most of it.  Next season… I look forward to seeing what happens.