“Telemark” is Norwegian for “I Can’t Afford Real Skis” 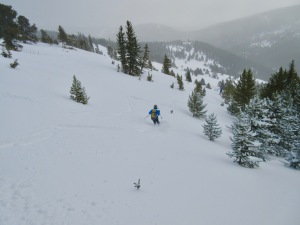 Surfing the powder on the inaugural run.

“Free your heel and your mind will follow,” is what the telemarkers say.  Actually, they have many pithy sayings including “Randonee is French for ‘I can’t tele.‘”.

The backcountry skiing bug has bitten me a lot more gradually than most of my obsessions tend to.  Ten years ago, I happened across a pair of burly cross-country skis and started tooling around the local trails in them.  I found a cheap pair of skins and suddenly I could ski up stuff I lacked the skill (or equipment, yeah, we’ll go with that) to get back down.  Maybe stiffer boots is the answer.  Plastic telemark boots came along with the rest of the tele rig and hit all the right buttons for me: light, old-school-cool, and able to, in principle, do some pretty gnarly things on and off piste.

I duly devoted most of a decade to telemarking, getting out for a few trips each year into the backcountry.  I studied how to do the stylish tele turns and, about one turn in twenty, actually managed to make it look good.  It was in those 5% of the turns that I “got it”.  I saw the beauty and the power of the tele turn and all was cosmic and balanced with the world.  Freed heel, freed mind (at least until I augered in on the next turn).

Making it look, just for a moment, like I don’t suck at telemark skiing.

It almost looks like I know what I’m doing here. I fell immediately after this. 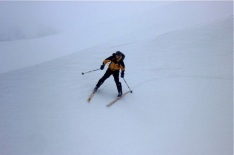 …and making it look not so good.

This is not my happy face. 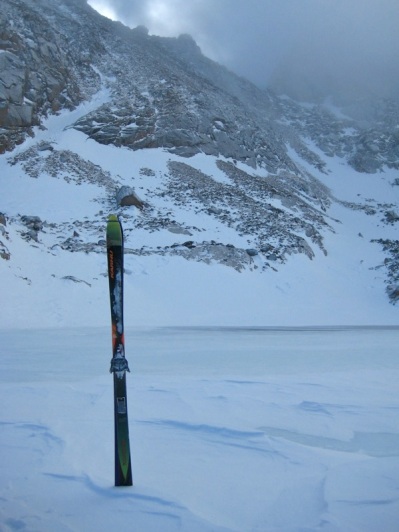 Success! The aptly-named Frozen Lake and my trusty planks.

Topping out on the summit

A few of the things I’m thankful for.

But the other 95% of the time, it sucked.  I could make good time up the climbs, but then get schooled survival skiing back down.  Sure, I could occasionally do a decent tele turn on a nice blue groomer, but in the chopped up sastrugi and wind slab on a 40 degree slope, I was tele-pining badly.  Enough of this. 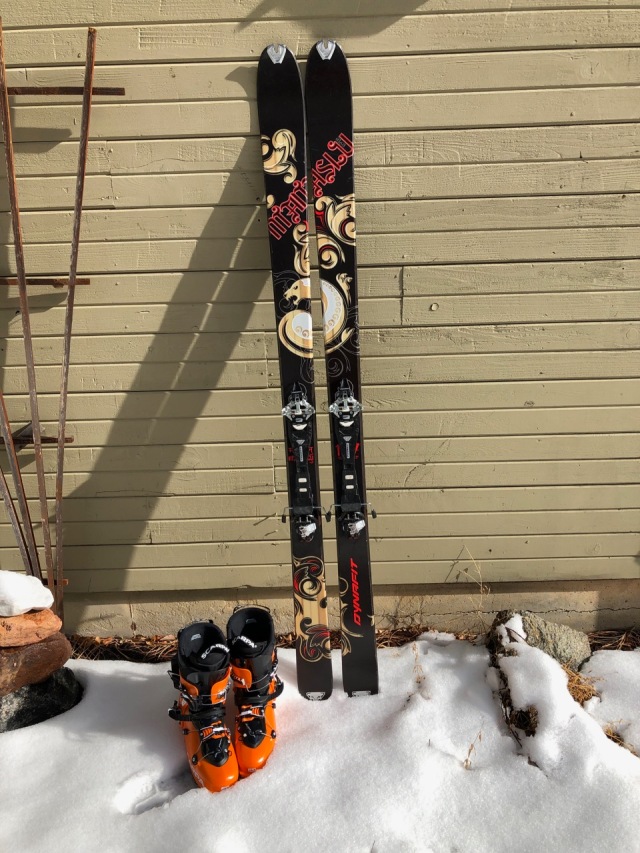 Hi, I’m Charles.  I fell to the dark side, and I’m okay with that.  With a career change came a chance for a little retail therapy and the idea of sinking well over $1000 into a new/old hobby was a bit easier to swallow.  But really, it wasn’t a new hobby, it was finally doing an old hobby right.

Time to give the new gear an inaugural spin.  I summoned a crew of miscellaneous outdoors buddies and we dawn patrolled at a new-to-me local powder stash.  It was glorious.  It was a lot of work.  Two laps of about 800′ each left me pretty worked over.

90% of the time is spent skinning up.

Finally the bowl comes into view.

Eric points out a line.

Finlay looks like a cool old-school telemark guy, but he has more sense than that.

Surfing the powder on the inaugural run. 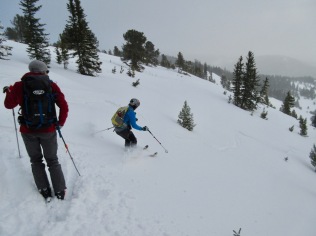 Having grown up on the east coast, powder is not my natural environment.  I quickly determined that piloting light, mid-fat backcountry planks through untrammeled, hip-deep freshies ain’t the same thing as pushing heavy resort skis through a couple inches of fluff on top of groomed powder.  It… will take some getting used to.  But in the meantime, it was pretty blissful.

So, it took a while, but the fall was a long time coming.  I look forward to much more.

In the meantime, if anyone wants a cheap telemark set-up…