Ten Years a Slave (to my running habbit) 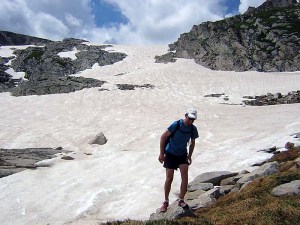 I was looking through some old stuff the other day and discovered that the tenth anniversary of my first run was coming up.  Whoa!  Has it been ten years already?  I remember that night clearly: a couple climbing friends got together and took a run along the Bobolink (aka South Boulder Creek) trail on a weeknight in January figuring it would be a good way to keep in shape for some upcoming mountaineering ventures.  One thing lead to another and here we are…

It was certainly transformative.  For one thing, I discovered that I’m a far better runner than climber.  I say that I gave up climbing (mostly) for that reason and that I got scared and worried about leaving my kids fatherless.  Maybe that’s true, but really I got seduced by the lower logistical hassle of running compared to almost anything else; grab your shoes and you’re out the door.  Maybe a couple energy gels and some water.  More often than not, flashlight, gloves, hat, tights, and traction.  Still, the maximum prep time for most of my running adventures is an hour or so the night before.

It’s been a great decade.  Most of my sports (caving, backpacking, cycling) have enjoyed a couple years of obsession before yielding to a new hobby, but not running. I’ve dabbled with other things (ice climbing, backcountry skiing, road biking) here and there and some running seasons have been bigger than others, but running has been the constant in my life since 2006. It’s my recreation, my workout, my social life, and, increasingly, my therapy.

I’m a geek, so of course I track all this stuff obsessively (that’s half the fun, really).  Over ten years, I’ve recorded 1047 runs covering a total of 8153.6 miles and taking 1855 hours (77 consecutive days).  Plus or minus quite a bit, of course.  Some of the data is a bit scanty for the early years.  I only started tracking vertical gain during the GPS era (2013 onward). More important than the miles or hours or other stats I track obsessively, there have been some amazing and wondrous times, carefree exploration (“I wonder where that trail goes?”), great camaraderie over both long and short terms, sublime beauty in a huge range of situations, horrifying despair in a thankfully-few situations, and a greater emotional range than I ever imagined could exist.  If finding a way to explore my world, inside and out, was the goal of all this, well then mission accomplished!  What happens next? 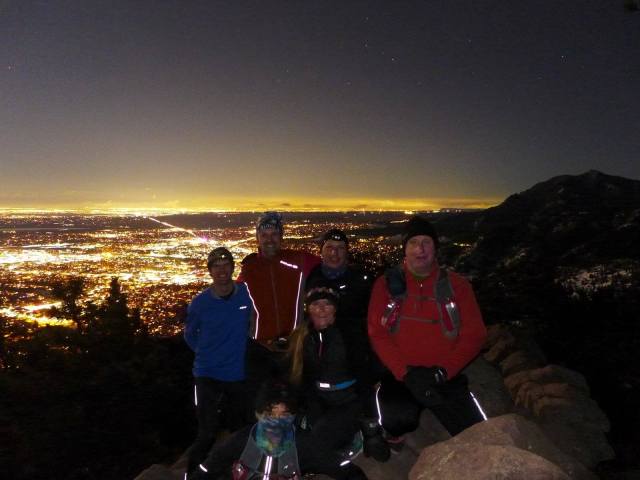 Anyway, the 10th anniversary (plus one day) was celebrated with some key figures from my early and current running days, during a casual night-time (natch) hike up and down Boulder’s Mt. Sanitas.  Here is to another decade!

This entry was posted in retrospective, running and tagged running, sanitas, ten years. Bookmark the permalink.